The Pompeii exhibition was presented at the Grand Palais from July 1 to October 29, 2020. During the confinement in the spring of 2020, resources (videos, augmented reality devices, etc.) were offered online on the GrandPalais.fr website "Pompeii at home" while waiting for the exhibition to open.

Presentation of the exhibition

The eruption of Mount Vesuvius that buried the city of Pompeii under a mass of ash in 79 AD preserved it for the next 17 centuries. Rediscovered by chance in 1741, and then excavated until today, Pompeii is the most extraordinary testimony of daily life in Roman times.
This exhibition focuses on the most recent archaeological discoveries and offers a new technology that allows to see them better. It immerses the visitor in the city, bringing to life the bustling streets, domestic life and the eruption of Vesuvius.

The exhibition offers the visitor a real immersion in the city.  It relives through digital projections, films, reconstructions and a sound environment, the animated streets, domestic life and the eruption of Vesuvius. These multimedia devices were created thanks to the close collaboration between the world of archaeology and research (supported by the Archaeological Park of Pompeii), and the world of technological innovation (with the company GEDEON Programs, a leader in the field). Throughout the exhibition, the visitor walks through the city of Pompeii and the history of its rediscovery, in an immersive space where he interacts with history.

Pompeii is a book to which one would never stop adding pages. Each generation rediscovers its history and reinterprets it with constantly renewed methods and approaches. For three centuries, archaeologists, artists and visitors have been coming together to touch an antiquity that nowhere else is so well preserved. Excavations have revealed extraordinary traces of daily life, such as jewelry, sculptures and pottery, all of which bear witness to the lives shattered by the eruption in 79 AD.
In recent years, new excavations have been launched as part of a major project to secure the unexplored area of Pompeii. The extraordinary objects presented in the exhibition are partly the result of this new research. It is in this context that virtual reconstructions have been proposed. Large and refined dwellings have emerged, such as the House of the Garden, decorated with frescoes of great quality and graffiti, the House of Leda, which owes its name to a fresco depicting her mating with the swan in a suggestive and provocative sensuality, and finally the House of Orion in which archaeologists have uncovered an extraordinary mosaic related to the stars.

This exhibition brings all these discoveries to life and allows the visitor to attend the largest excavation conducted in Pompeii since World War II. This unique experience propels the visitor into a street of the ancient city. Pompeii, once again, becomes a time machine capable of travelling back through the centuries.

The Pompeii exhibition at home

This exhibition was organized by the Réunion des musées nationaux - Grand Palais and GEDEON Programmes, in collaboration with the Archaeological Park of Pompeii. 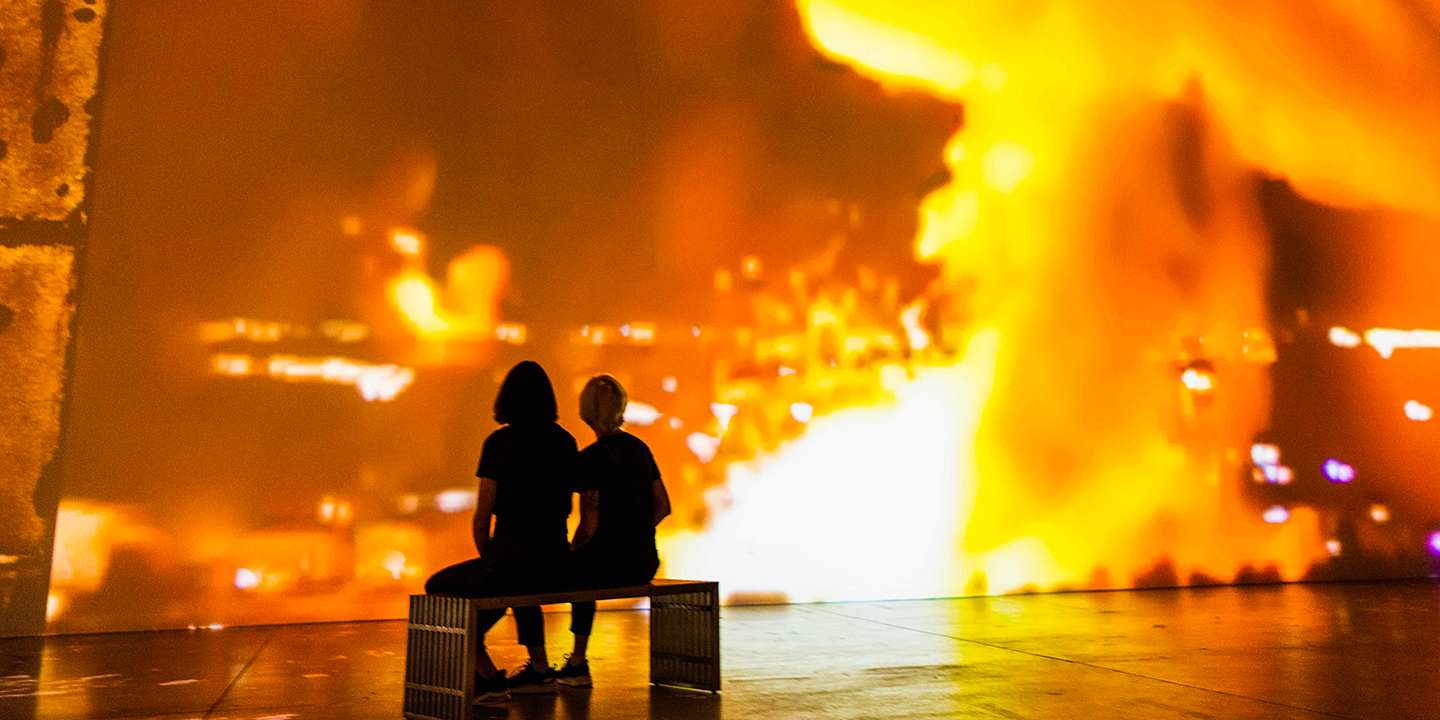 Exposition
Ukraine : A Year of Resilience, a Culture of Resistance
20th february 2023
END_OF_DOCUMENT_TOKEN_TO_BE_REPLACED